MenoPassage: Helping ourselves with plant-derived hormones It is well known that plants including herbs can have a very powerful effect on our endocrine system including all the sex hormone receptors.The best know kind are Phytoestrogens, but they include plants having a progesterone or testosterone effect. Let us have a more in depth look so that we might more readily be able to harness the power they have to offer. Fore women in MenoPassage, the message is simple: before or instead of opting for pharmaceutical hormone replacement, see if you can tap into the wide array of resources available in the natural pharmacopoeia.

There are a large variety of herbal formulas available over the counter, both as oral capsules or transdermal creams. Generally, I prefer the transdermal route, as it bypasses the stomach and the first pass through the liver and gives one better bioavailability. You can also do single herbs, depending on what you feel you need. The following discussion might elucidate how you might go about making a choice that fits your specific needs. These choices can be complex, it is good to have a framework within which the choices might be more straightforward. This will of course not be an exhaustive discussion, but might just start giving you some guidelines.

These plants used to be used primarily for the control of vasomotor symptoms, i.e. hot flushes, but their use has widely expanded in the last few years. Thus beneficial effects can be seen in a variety of tissues including bones, heart, brain, breasts, vagina. In addition, plants promoting progesterone activity can have beneficial effects on the immune system. Plants supporting testosterone activity will be strengthening and stimulating, while also supporting healthy brain, muscle, immune and cardiac functions.

These plants also have the power of modulating the emotions, decreasing anxiety, increasing mental focus and alleviating mood disorders. MA few major players in this category are: Hops (humulus lupulus), which will settle restlessness, anxiety and sleeplessness (yes! A glass of beer, which generally has hops as a major constituent, will do just that, but an herbal remedy might be a better friend on a daily basis), and Sage, which will help improve memory and have a calming action by activating the GABA system, the same neurotransmitter also targeted by the benzodiazepines such as Xanax and Valium.

Whether you need estrogen, progesterone and /or testosterone remains to a large extent experiential. Yes, you can get your blood levels checked, but that may or may not reflect what you really need and how you are going to respond to it. There are definite patterns that can be elucidated (subject for a future blog), but in my clinical experience, it is best to get started on some well balanced support and then adapt as one goes along, depending on symptomatology.

Theses plants act in a variety of ways and it is easiest to understand them by differentiating their mechanism of action.

The third type, the “functional mimetics” is perhaps the most intriguing as they do not even necessarily bind to the endocrine receptors in the cells to mimic the effect of the hormone. It’s like they don’t need to use the same key to enter the door and activate the intracellular mechanisms. The most well-known plant in this category is Bacopa Manniera, which echoes estrogen’s ability to help you adapt to stress and maintain cognitive function. Black cohosh also belongs to this category and is frequently found in menopausal herbal formulas.

Unfortunately, the whole world of “xeno-estrogens”, which are comprised primarily of environmental pollutants, also belongs here. These pollutants, such as a variety of different plastics, can have a powerful dysregulating effect on the endocrine system, causing such issues as premature puberty, infertility and cancer of tissues carrying gonadal hormone receptors, primarily breast, uterus and ovaries. This is a subject for future discussion.

Broadly speaking, phytoestrogens include isoflavones, coumestans, and lignans. Not only are they present in a variety of herbs, but foods as well, and just making some dietary adjustments may provide one with sufficient support. These compounds have been identified in fruits, vegetables, and whole grains. Soybeans, clover and alfalfa sprouts, and oilseeds (such as flaxseed) are the most significant dietary sources. Studies in suggest that dietary phytoestrogens play an important role in prevention of menopausal symptoms, osteoporosis, cancer, and heart disease, probably from  their\estrogenic and antiestrogenic effects, induction of cancer cell differentiation, inhibition of tyrosine kinase and DNA topoisomerase activities, suppression of angiogenesis, and antioxidant effects. Although there currently are no dietary recommendations for individual phytoestrogens, there may be great benefit in increased consumption of plant foods.

Black cohosh: not only does it have estrogenic effects that may alleviate hot flushes, it also has calming effects, “relaxes constraint and calms the mind”. It effectively addresses tension patterns, especially with a sensation of heat and flushing. Through its beneficial effect on the heart, it may alleviate anxiety and palpitations, especially when stress-induced. Red clover: it is particularly helpful for supporting the fluids, thus addresses the dryness symptoms of perimenopause, vaginal dryness, dry skin, brittle hair. It is also good for eliminating toxicity creating inflammation/”heat” in the skin, chest or intestines. And phytoestrogens in foods:

Soy: It has a very high content of isoflavones, particularly genistein. It is notable that Asian cultures generally consume large amounts of soy and studies have revealed much higher blood levels of genistein. At the same time, menopausal symptoms are generally much less predominant in these cultures, usually only in the 10-20% range, whereas in the Western cultures, it is more in the 80% range. Its beneficial dietary use has recently been questioned and analyzed, but results suggest that soy is either beneficial or neutral in its effect on health. It is a nutrient-dense source of protein that can safely be consumed several times a week. I personally prefer the fermented and sprouted forms, i.e. miso, tempeh and fermented tofu, as the processes of fermentation and sprouting predigest the proteins and sugars that may otherwise possibly be problematic.

Fruit and berries – Some berries are rich in phytoestrogens, most notably strawberries, raspberries and cranberries. Peaches and a variety of dried fruits such as figs, apricots and dates are also particularly rich in phytoetsrogens.

Cruciferous vegetables such as brussel sprouts, cauliflower and broccoli also contain high levels of phytoestrogens and specifically have an enzyme called indole-3-carbinol, which gets metabolized into diinolylmethane, DIM. This DIN is well-known for supporting healthy hormone levels by favorably influencing the ratios of estrogen metabolites. Indeed, estrogen may be metabolized into toxic waste products, and DIM steers the body away from this (more on this in a future blog).

Thus there are multiple ways in which we can augment our estrogen intake and enhance its metabolism that gives us support in the menopausal years without having to have recourse to pharmaceutical grade hormone replacement. The effect will be milder and in harmony with our bodies.

For a discussion of plants having progesterone and testosterone effects, please stay tuned, the next blog will be dedicated to this subject. 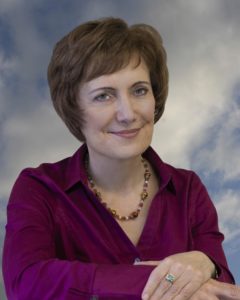